Get fresh music recommendations delivered to your inbox every Friday.
We've updated our Terms of Use. You can review the changes here.

THE SECRET ORIGIN OF AN UNKNOWN PLANETARY DESTROYER 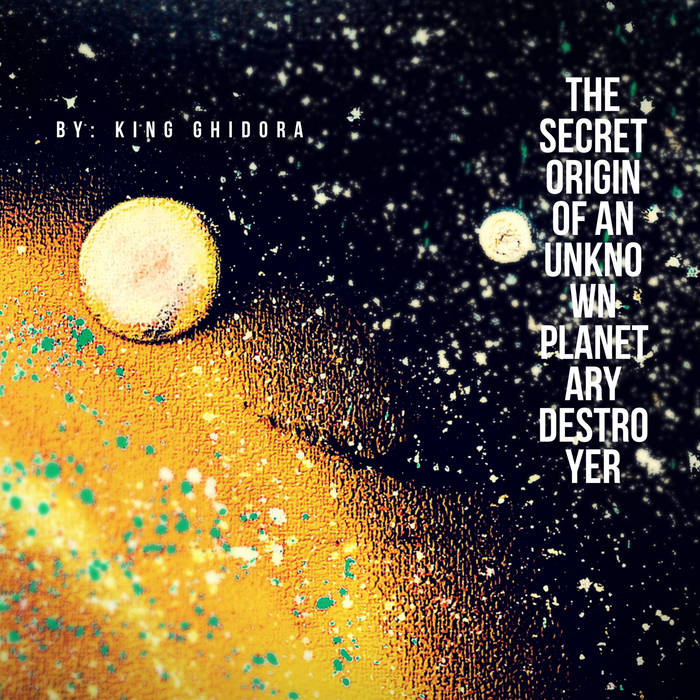 ArtNick67 I wonder if these guys know Daikaiju? I also wonder if they ARE Daikaiju. Oh well, I can't get enough Daikaiju anyway, having two of them is even better.

'THE SECRET ORIGIN OF AN UNKNOWN PLANETARY DESTROYER' by: KING GHIDORA.
The second album by the masked soinc surf rock trio from the Planet known as 'X' !!! KING GHIDORA !!!

KING GHIDORA are a masked instrumental surf rock trio that blend elements of punk rock and 90's noise rock with the heavy instrumental sounds of sixties surf music creating a sound the band refers to as "SONIC SURF ROCK".
Originally from the Planet known as X King Ghidora now live in McMinnville, OR.
King Ghidora arrived on Planet Earth in 2010. ... more

Bandcamp Daily  your guide to the world of Bandcamp

Oakland producer Mejiwahn chats about his breezy and transportive LP.